Being productive at work is what every individual, team and management wants. However, there are several roadblocks to the process, at every level, that hinder the process. Despite all odds, it is possible to overcome these roadblocks to achieve what you desire. 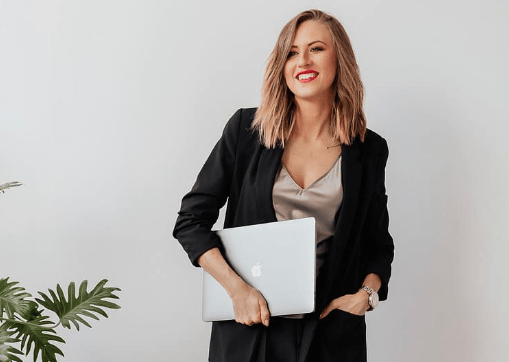 The most common roadblock for both team leaders as well as team members is working on too many things simultaneously.

Though most companies prefer their employees to multitask in order to get more work done, surprisingly, this strategy is not very effective. Nearly 64% of team leaders and 55% of team members attribute multitasking as the reason behind reduced productivity.

2] Dependant on other people

Following the protocol is essential. However, a lot of time of team leaders is wasted answering emails. Most organisations involve several hundreds and thousands of employees. The chain of emails doing the rounds can boggle even the best of minds.

46% of team leaders assert that their productivity is hampered as they spend time answering emails instead of doing their work. 35% of team members say responding to email consumes enough time to reduce their ability to get work done.

Knowing what you want from life can be a relief. 25% team leaders said that unclear priorities were the reason for them not being completely efficient in their work.

For team members, if priorities are not clear, it can lead to a lot of confusion as well as wastage of time. 37% team members attribute unclear priorities to loss of productivity.

Nearly 33% of team leaders woe that they do not have time to finish their work which keeps on accumulating resulting in a backlog which can affect their productivity. 27% team members found that they were swamped with work and did not find to finish the work at hand.

6] Delaying the task at hand

7] Requests for constant changes to the task being done

32% of team members found that they were often asked to change the things they were working on. This resulted in a lot of wastage of time which could have been utilised productively. 24% of team leaders found that frequent changes to their work was enough to derail their work progress.

8] Constant request from others

29% of team leaders and 30% of team members got request from others regarding their attention towards other things which resulted in a decrease in their productivity.

Having too many meetings and calls to attend to can put your mind out of focus. Getting your concentration back to your work takes time and this was cited as a reason for reduced productivity by 21% of team members and 29% of team leaders.

10] Working too hard causes you to burnout

Physical exertion combined with mental tension can cause extreme fatigue. Many private sector employees constantly complain from burnout. 29% team members find working too hard leads to burnout, while 27% team leaders thought that burnout from working too hard too long hampers their productivity.

Higher ups have so much work on their hand that they cannot afford to waste their time in chatting. 18% team leaders and 26% of team members identified having intrusive and distracting co-workers as a reason good enough to reduce their productivity, especially when you have a deadline and are trying to get your work done.

12] Technology can be a handicap

Learning new tricks is a bit difficult at a certain age. 15% of team leaders found it difficult to catch up with the latest trends and evolving technology. On the other hand, technology and its upgrades have posed a challenge for nearly 24% team members.

Most people move to bigger cities for better job opportunities. Unfortunately, the bigger the city, the more the distances one must commute to reach office from home and vice versa. Commuting has been sighted as a common reason by 14% of team leaders and team members for reduced productivity.

One of the biggest distractions is social media. People are hooked to several social media platforms. Workload accumulates while you kill your time away on social media. 15% team members and 13% team leaders find this a good reason for reduced productivity.

Travelling for business can be quite time consuming. It has been cited as a common reason by team leaders (4%) and team members (3%) as a reason for reduced productivity.

Infographic brought to you by Wrike project management software for small business.