Home » Personal Finance » When Does A Refi Make Sense

Persistently low interest rates might be your friend, your enemy, or some combination of the two. 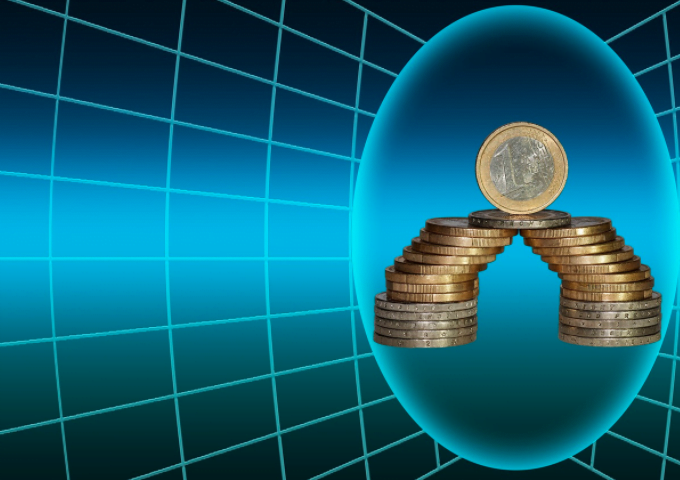 On the other hand, the story of the long-suffering starved for income is well known at this point. In 2010 you could have purchased 10-year treasury notes yielding 4%.

That’s about as conservative a fixed-income investment as you can name with the yield of a utility or energy company stock. You won’t find that kind of investment today, though: Treasuries of that maturity currently yield around 0.75%.

There’s a good chance you’re both a borrower and an investor. There’s not much you can do about low interest rates on the investing side, aside from considering whether conservative blue-chip stocks with solid dividend payouts will be a conservative enough substitute for you.

There may be something you can do on the borrowing side to make the most of these lean times: refinance your mortgage. But there’s more to it than just seeing that interest rates are lower than when you first borrowed and deciding it’s time to refinance. Some strategizing is required.

Make Sure It’s Worth Doing

First things first: Is refinancing worth the time and effort? It’s not just a matter of clicking a button and being done with it. There are papers to sign, lending agents to meet with, and fees to pay.

Take advantage of financial planning software such as WealthTrace or the free online refinancing calculators out there to help determine if it’s going to make sense for you.

Some of the items to take into consideration include how long you plan to live in the house, how much time is still left on the current mortgage, and probably most important of all, what the interest rate is on that mortgage.

Once you run some numbers, if it looks like refinancing has some promise, the next step is to decide what the specifics should be on a new loan. Refinancing gives you the opportunity to potentially rework your household’s balance sheet if you want to take it that far.

That is, you can change the terms of the loan (15-year fixed, 30-year fixed, or a more exotic flavor), take out some home equity (not recommended unless you really need the money for an emergency), free up some money that could be contributed to investment accounts, and more.

We’ll start from a random but hopefully representative sample of what a lot of homeowners might be looking at right now. As of this writing, regional bank Citizens Bank will refinance a loan in the range of $300,000 to $400,000 in the Cleveland suburbs for 3.375% at 30 years, and 2.75% at 15 years. We’ll work from those numbers.

This equates to a $2,174 monthly payment. Refinancing to a new 30-year loan under the terms mentioned above brings that down to $1,547 per month. That boosts their cash flow by a substantial $18,500 a year while increasing their monthly payments’ equity-to-interest ratio.

That is, they’re effectively saving more money by putting more toward home equity (rather than interest) with those payments than they were before. On the negative side, they’re adding eight years to their loan (since they were already eight years into it, and now they would be starting over).

On the other hand, if they do a 15-year refi, the monthly payment is going to go up by $200 versus what they’re paying currently. This means that, for only $2,400 more a year, the couple could cut their mortgage’s maturity date by seven years and rapidly increase what they’re putting into their home’s equity.

Either way, it appears clear that the substantial reduction in the interest rate makes refinancing worth doing. There are always fees involved in refinancing, but in these cases those will be offset quickly, probably in just a couple of months with the new rate. Both of the above scenarios seem like good options. What should they do?

A Look at the Probabilities

Frugal types will be tempted by that 15-year option. Such people generally have a debt-is-bad mentality, and their instinct could be to retire that mortgage as soon as possible, even if it puts a bit of a squeeze on them with that extra $200/month.

We used WealthTrace to examine our options-specifically its Monte Carlo simultaor, which looks at the probability of success of a retirement plan.

In the original plan with the original mortgage, our couple has a 75% probability of meeting all of their retirement goals. Moving them to a 15-year mortgage doesn’t move the needle on that number. Although they pay down their mortgage earlier, they are paying that extra $200 a month, so the two things offset each other to a degree.

Things get more interesting with the 30-year options. We say ‘options’ because we ran two different ones: One where they simply spend the difference, and one where they save it to tax-deferred accounts like IRAs or 401(k)s.

Predictably, if they spend it, the results look slightly worse, down to 73%. By adding several years to their mortgage payments, they push the mortgage maturity date out well into their retirement years, when those mortgage payments won’t be covered by salary anymore.

But look what happens if they save the difference to investment accounts instead.

The couple is reducing what they’re paying in interest and investing that money in investments that are projected to return more than that old interest rate. It’s a win-win for sure.

This is just one example–everyone’s situation is going to be different, and possibly even more complex. But don’t let complexity lead to inaction. There will be negative real-world consequences for not taking advantage of interest rates like these.

Nearly everyone should be saving more to their investment accounts; freeing up money that was ‘wasted’ as interest payments, and funneling it into retirement accounts, is a virtually painless way to boost your savings rate.