ASUS, Apple, HTC, Samsung, Micromax and LG, are just some of the mobile giant players who have managed to dominate and enter several smartphone markets in different countries worldwide. After several attempts in entering the competition of high-end flagship phones, these companies have also managed to tap the mid-range market and introduce affordable yet quality mobile devices perfect and friendly for the average budget. 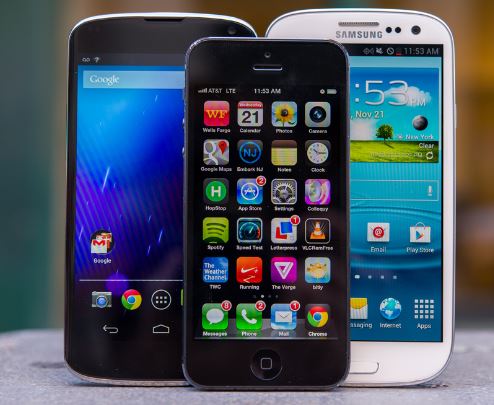 Now, there are several options available in the market (courtesy of ASUS and several other mobile giants like Apple, Samsung, LG, and HTC) in the mid-range and low-range budget categories.

Here are some of the top Smartphones under 110 USD available today.

The Taiwanese PC giant has really come along way after getting the rights over IBM. It has even managed to become one of the top mobile giants in the industry today. After several attempts in entering the mobile market and keeping up with the competition, it has managed to release its Zenfone series.

The Zenfone 4, Zenfone 5, and the Zenfone 6 paved the way for ASUS in the late 2010. Now that the market is eyeing for practical yet very functional mobile devices, ASUS introduced the ASUS Zenfone C. The company is indeed keeping it fresh as it continues to develop more functional and pocket-friendly models in the market.

The ASUS Zenfone C price comes lower than ASUS’ other mobile lines but is practically similar to its earlier siblings, only smaller in size and a little bit lower when it comes to specifications. ASUS trademark design, the concentric ring pattern that catches the light no matter which way you hold the phone, is featured in this piece.

It may be heavy compared to its contemporaries with its chunky 150 grams of glory but the design is made nicely making it a perfect aesthetic phone as well. It features a 4.5-inch screen that has a Micro-USB port at the bottom and a headset socket at the top.

It has been in the market for over two years but remains as a favorite mobile device in the market up until now. It has enjoyed the recent Android 4.3 Jelly Bean update.

It continuously battles head on with the so called “mini” generation that matches up with the 4.8-inch 720p screen. The Sony Xperia Z1 Compact is often compared with the S III but the earlier comes with a higher price tag. The device features a brushed poly carbonate housing that features a 4.8-inch Super AMOLED HD Screen.

LG is not allowing itself to be left behind in the mobile industry. It has launched its own flagship and managed to enter both the high-end, mid-range and low-range mobile market. One of its emerging phone models is the LG G2. To keep up with the competition and become a unique competitor in the market, it has launched a line of phones with the buttons at the back.

It also comes with the improved optical image stabilization, remote control blaster and a mixed bag of proprietary software features that runs with the Android 4.2.2.

It also features the 24-bit/192kHz audio recording and playback and is even considered as the first smartphone in the US to enjoy the Snapdragon 800. It even comes with richer visuals for both FLAC and WAV files. It boasts of a high-pixel-count camera sensor with 13-megapixels that comes with a desirable tag price.

The HTC Thunderbolt 4G LTE was introduced in the CES back in 2011 and was Verizon’s first 4G LTE phone. It now offers a dual-core processor that has download speeds ranging from 5Mbps to 12Mbps and upload speeds of 2Mbps to 5Mbps.

The mobile phone features a high resolution display just like that of the Motorola Atrix 4G and the iPhone 4 with a 4.3-inch WVGA (800×800 pixels) touch screen display. It even features a sturdy kickstand and can be propped on the desk to conveniently watch videos, have speaker phone calls and the like – hand free. It may not be a popular choice when compared to its equivalent mobile brands but its above-average specs and functionality tagged with a below 110 USD tag is worthy to be part of the list.

Apple remains to be one of the favorite brands when it comes to mobile phones but is rarely categorized as one of the affordable brands available in the market. The iPhone 4S model, on the other hand, managed to land in the below 110 USD list, thanks to the release of the iPhone 5. The iPhone 4S has top of the line specs matching that of the Samsung Galaxy S2.

The camera has been upgraded to 8MP with an improved aperture ratio and now comes with the same dual-core A5 processor just like the one present in the iPad 2. The change brought an enjoyable seven time increase when it comes to graphical processing power. As for the specifications, the iPhone 4S is almost identical to the iPhone 4 minus all the problems and hassles that came with the IPhone 4. An improved antenna band technology salvaged the iPhone 4S into a better phone option compared to its precedent iPhone 4. 🙂

I hope that you will find the best smartphones under 110$, comment below if you have any questions. Please share it on social media and stay tuned for more updates. 😉