Homepage » App Development » How to Become a Successful App Developer

An app developer is someone who designs, creates, and maintains an app for Android or IOS. The market for good quality online apps is expanding rapidly. Many businesses are seeing the need to offer their customers the convenience of an app, and users often tend to prefer an app to any other service. 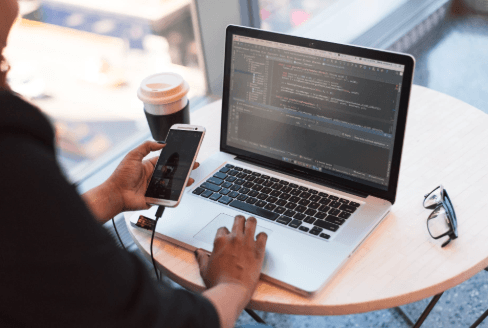 There are currently over one million apps in major app stores, and new apps are launched daily. Mobile app usage is now the primary function of a cell phone. Social apps, particularly, have become increasingly popular, especially amongst younger generations.

However, most apps lose more than two-thirds of their users within the first three months. It is a highly competitive industry, and many apps fail. So to become a successful app developer, you need to be developing successful apps. You need to develop apps that make users lives easier or more enjoyable.

Here’s how to become a successful app developer in six steps.

1] Ensure that you have the skills

This one is probably pretty obvious, but it is worth saying. App developers are highly skilled and need to be continuously learning. Technology advances quickly, and to develop apps successfully, you will need to be ahead of that advancement.

You can further your credentials and knowledge by studying online. Laurier Computer Science offers a 100% online masters course which includes modules in app building for both Android and IOS. An online institution such as this will allow you to study with more flexible hours.

You also need to know what you are building an app about. Industries to consider learning more about include marketing, psychology, and sales. Try to develop a broad knowledge of various online trends, industries, and niches. Of course, the best place to start is by building an app for a niche you are already knowledgeable or passionate about.

2] Be able to solve problems

Liquid State suggests that a successful app solves a problem. To be an app developer, you need to be able to think about the bigger picture and offer a simple but effective solution. They also suggest that a good app focusses on a single core function.

You need to be able to take that big picture problem or idea and distill it into a single, elegant solution. The best apps really only do one thing well. This kind of design thinking is vital to app building.

Todd DiPaola,president of inMarket, told Entrepreneur that building an app is like building a house, “…you need to put time into thinking about what the rooms are going to look like before you start building.” While that big picture thinking gets the construction project going, the details are what ultimately bring it all together.

This is an ongoing process as each app needs bug fixes and may have multiple versions. A successful app builder is able to hone in on those smaller details.

The advantage of there being one million apps out there is that there are one million examples of both successes and failures to learn from. Look at as many apps you can – and not just the good ones. There is a lot to learn from bad apps, and you can use those lessons to either emulate or avoid what you need to.

Compare different apps within the same niche and learn what works and what doesn’t before embarking on your app building journey.

According to Medium one in every one hundred apps is successful. They claim that while the job affords many benefits such as freedom and creativity, there are a great number of stressors too. It is important to be resilient in the face of challenges.

Success will take time and trial and error. Accept both positive and negative feedback as a chance to grow. It is important to be prepared for that.

Start small and learn from the experience. Do not allow the fear of failure to hold you back. A simple app in a niche you understand well will give you the opportunity to move forward. As you gain experience, you will be able to produce more successful apps with more ease.