Maggie Ausburn is a contestant on Big Brother Sixth season and awarded $500,000 prize money. The newly gain popularity did not last long because she chose to sweep away from the limelight. Time consumed the space of Ausburn fame, and the media moved to other contestants. 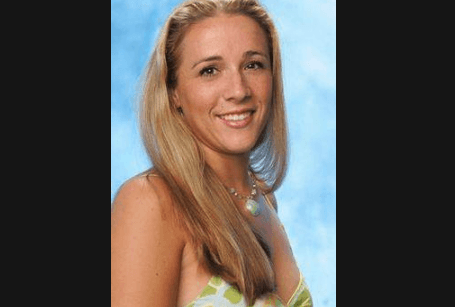 Margaret Ausburn is also was known as Maggie born on August of 14th in 1978 in the United States of America. CBS encouraged recognized global reality show Big Brother and the season six had Ausburn in the show.

In 2005, the contestant made it headline after winning the crown of BB S6 along with $500,000 prize money. However, she did not come out of comfort zone and started to use the newly gained limelight. There are several reasons behind it, and we will reveal it later on.

Maggie heard about the Big Brother sixth series that had the theme of common people twist. Among fourteen Big Brother 6 contestants, she is one of the S6 contestants. The theme of the season named Summer of Secrets and every contestant had a secret partner.

The interesting part is that the partners knew each other before the show happened. Eric Littmann is the secret partner that she joined hands within the reality show.

The show producers planned to create the secret partner theme, so the interest level & suspense level increases among the contestants & audience. The house did have some iconic moments and hard times as well, and it was a successful season. Fortunately, she made it to the final after beating several contestants in weeks.

The show producers selected jury, and they decided to crown Maggie the $500,000 prize in a 4-3 vote against Ivette. Rachel Plencner, Jennifer Vasquez, April Lewis, and Howie Gordon voted for Maggie against the finalist. Ivette received the support of Beau Beasley, Janelle Pierzina, and James Rhine.

After completing high school, Maggie enrolled in the University of Massachusetts Boston to study Bachelor of Nursing. Later on, she started to work Emergency medical technician to gain experience in the field.

The earlier jobs related to medical field helped her get better jobs. She graduated from the University of Massachusetts Boston and employed as a Registered Nurse at Summerlin Hospital in Nevada.

No one knows where she is working right now and what she is doing today.

The audience of the Big Brother S6 started to hate her because of the words she used for the viewers. Housemate April was a good friend of Maggie, and she was very fond of her. People saw the alliance between April & Ausburn and people did not like it.

Contestant Janelle awarded a phone call from the house phone by the people and April called the viewers “pieces of sh**s” for awarding her. The alliance affected both contestants later on and Maggie never was ever seen in news channels or media. Overall, she kept a distance from the limelight, and she did not utilize the newly found fame.

According to the sources, Ausburn married a few years later of Big Brother, then the couple blessed with twins.