As our gadgets get smarter, they also get smaller. This is convenient for portability, but it makes streaming and gaming less exciting. Prima Projector is here to change all that.

This new pocket projector is the same size as a smartphone, and it has a lot of the same features too (a hard drive, quad-core processor, WiFi, Bluetooth, etc.), but it can project all of your media in full HD up to 200 inches on any surface.

Prima is the best of all worlds, offering a full entertainment system and smart interface with a massive HD projection. Now, you’ll be able to enjoy all of your apps, shows, games, and photos on the big screen from anywhere on the globe.

The most portable pocket projector ever is a premium product for a high-end price. But during Prima’s New Year’s sale, you can take 60% off a new Prima Projector. Plus, you’ll get FREE global shipping and over $100 of free accessories too!

Just check out some of these features. 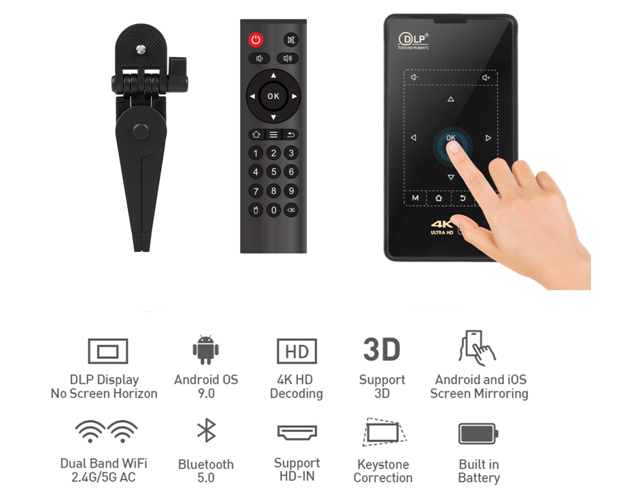 Prima is the single entertainment system that you need for any activity you like to do. You can stream, game, and work directly form the device.

You can also call and chat, and it even works as an internet hotspot. It’s great for gatherings thanks to its massive projection, and it also works as a Bluetooth speaker for when the party gets started.

Here’s what we love most about the Prima Projector. 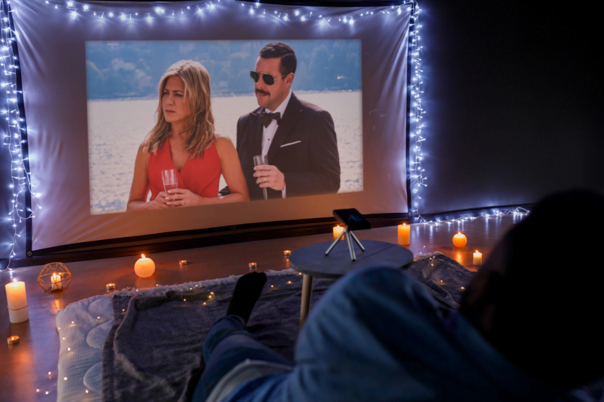 Texas Instruments, one of the most respected tech firms in the world, developed Prima’s DLP projection for quality and portability.

It delivers sublime HD image quality with support for 3D and 4K encoding, and it does so in an incredibly small package. It’s one reason that Prima is the lightest projector in its class (about 15% lighter than the nearest competitors-but more on that later).

One of the reasons that Prima looks so much better than other portable projectors is that TI’s DLP is 4x brighter than the competition. That means more intense colours and deeper blacks for images that explode off the screen.

The extra brightness is particularly helpful when projecting during the day. You can still enjoy high-quality picture without closing the windows.

There’s never been a projector with the dimensions of Prima that has been able to project up to 200 inches without losing a single pixel of image quality.

200 inches is almost hard to imagine, but to put it in context, that’s about the size of a two-storey building. It’s nearly 18 feet from corner to corner, delivering real cinema optics in any space.

Not only is it fun to watch shows and movies on the side of your house or on the wall, but it makes gaming so much more immersive. Can you imaging playing your favourite games at 200 inches? When your entire field of vision is taken over, you can lose yourself in new worlds. 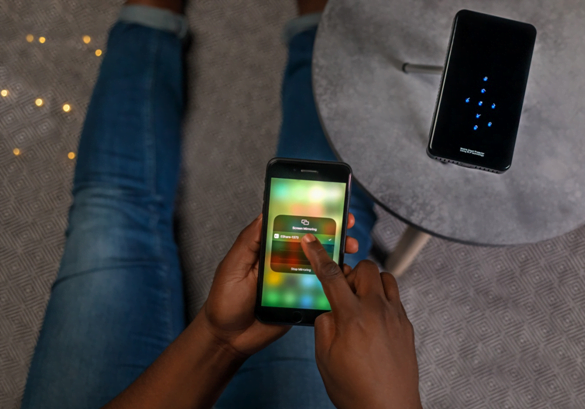 Prima is equipped with a powerful quad-core processor and runs on Android 7.1. It also has 8 GB of storage, so you’ll be able to download all the apps you want directly onto the device and store movies and shows on the hard drive. Netflix, Steam, YouTube, Chrome-whatever you need, you can do it on Prima.

Prima connects to Bluetooth and Wifi, so you can link your devices to stream or cast, and you can surf the web, call, text, and more.

Prima operates much like a phone too. You can navigate and select apps using the touchscreen controls, just like your phone. It’s so easy that you can get started right out of the box. It’s also easy to share during parties or meetings, making it a great gadget on the job or out with friends.

Prima has built-in software to enhance mirroring with Apple and Android devices. This ensures high-quality images and no cropped screens or distorted colours when you mirror. It also means you can mirror near-instantly from any device and never have to pull up menus to make adjustments (great for senior citizens!).

Prima is also cast-friendly, which is very helpful considering it only has 8 GB of storage on board. Simply cast from your phone or computer to use all your apps and media on Prima without losing the functionality of your device. Casting is instant and seamless too, so you’ll never have to squint at that small screen again. 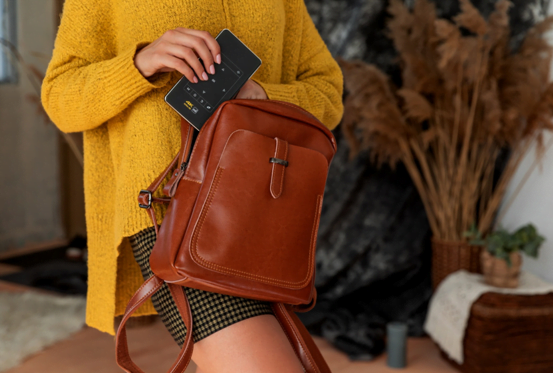 Is Prima really the most pocket-friendly portable projector ever made? We believe it is. At 6.6 oz  (about 188 g) it’s definitely the lightest projector we’ve seen. And it’s dimensions-the same as an iPhone 8-make it incredibly easy to pocket and take anywhere.

However, durability is also a factor in pocket-friendliness. Prima isn’t a tank by any means, but it’s made to go with you where you need it. It has a sliding door to protect the lens when not in use, so you won’t have to worry about damaging any of the delicate components in your pocket. But, you may want to invest in a carrying case to protect it from moisture and falls.

Prima is so much fun because it’s such a social device. Anyone can plug, cast, mirror, or connect via Bluetooth or WiFi to join the fun. 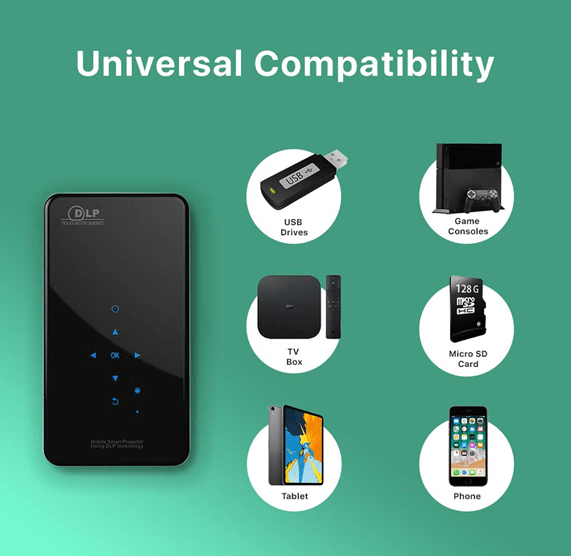 Prima works with literally every type of device. You can connect your phone, computer, tablet, camera, speakers, or even your gaming console. It has multiple wireless connectivity channels as well as ports for USB, HDMI, headphones, Micro SD, and DC.

Of course, you can use Prima without any device at all too!

Smartphone or Cinema? It’s Prima. Get Yours Now for 60% Off

Prima is the next generation of portable gadgets. Soon, people will wonder why we kept huge TVs in our homes and watched tiny screens all day. In the future, everyone will have an HD cinema in their pocket.

Now, you can see the future early with Prima. During the Prima New Year’s sale, you can get a pocket projector for 60% off. Save hundreds of $$$ during this sale and bring in the new year with a gadget your friends and family will love for years to come.

If you order during the sale, you’ll also get FREE shipping and over $100 worth of free accessories, including.

That’s over $600 in savings during this limited event. Don’t miss your chance to get Prima for a special price!
VISIT: www.primaprojector.com.