Counter-Strike: Global Offensive has firmly established itself as the dominant first person shooter within the esports scene after seeing off a number of strong challengers. The likes of Call of Duty, Halo and Overwatch have all tried and failed to dethrone CS:GO, which continues to grow in popularity. 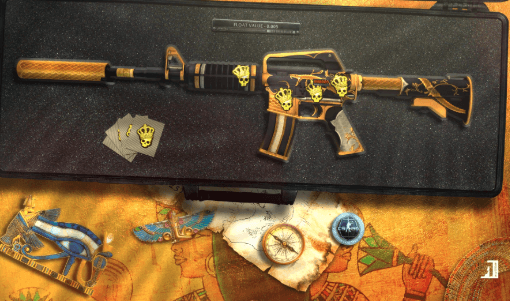 It is testament to the brilliance and depth of its gameplay, which features an extremely high skill ceiling and a huge amount of scope for strategy. That has created the platform for some truly thrilling battles, feats of individual brilliance from virtuosos and some utterly dazzling teamwork.

The Counter-Strike series is celebrating its 20th anniversary this year. It was released as a Half-Life mod back in 1999, before Valve snapped it up and unveiled Counter-Strike the following year. It always enjoyed a passionate, dedicated fanbase, but that has gone into overdrive since CS:GO was launched in 2012.

Also It arrived on the scene at the perfect time, as high speed broadband was being rolled out around the world and that brought gamers together like never before.

Twitch was also rising to prominence, turning gaming into a mass spectator sport for the first time. League of Legends and StarCraft were driving forward the nascent esports scene, but there was a clear gap in the market for a dominant first-person.

Call of Duty was gaining traction, but CS:GO came along and blew it out of the water. It is perfect for competitive gaming, because it is easy to pick up and follow, but it also features an extremely high skill ceiling.

Valve catered to professional gamers really well by creating such a complex title with exceptionally varied gameplay, long series of rounds and the need for in-depth strategy. The developer linked players Steam and Twitch accounts, allowing it to gain strong early momentum within esports, and this sparked a flourishing pro scene.

2] The Rise and Fall of Astralis

By 2015 it was the dominant title on Steam and it has now established itself as one of the three biggest esports alongside LoL and Dota 2. Like those games, it is constantly updated to ensure interest remains high and the competitive scene is growing increasingly slick and professional.

One major challenge was the dominance of Astralis, the Danish powerhouse that won 15 events in 2015, including the FACEIT London Major. They went on to win a second consecutive Major at IEM Katowice this year and led the HLTV rankings for 14 months.

However, dev1ce, dupreeh, Xyp9x, glaqve and Magisk have now dropped to second place, leapfrogged by the in-form Team Liquid. Astralis have not played that much in the past few months, as team manager Danny “zonic” Sorensen says he is trying to protect their health.

Yet when they have appeared they have looked rusty. Back-to-back defeats at the hands of exciting Brazilian collective FURIA caused many viewers to declare the end of an era. They just went to ESL Pro League in California in a bid to return to winning ways, but they suffered a symbolic defeat at the hands of Liquid in the quarter-finals.

It was a match that highlighted just why CS:GO is such a superb, competitive game.

Xyp9x and Magisk were on fire for Astralis on the opening map and the Danes raced into a 12-3 half-time lead. Liquid battled back in sensational fashion after the break and Astralis had to be at their very best to scrape a 16-12 victory.

That comeback galvanised Liquid ahead of the final two maps and the momentum was firmly with the North American side as they opened up a commanding 14-1 lead on Inferno. They executed their re-takes impeccably throughout and seized the map 16-6.

The decider took place on Vertigo and Astralis seriously upped their game. They took a commanding 11-4 lead thanks to more brilliance from Magisk and dev1ce, and they were just five wins away from a victory that would have done huge wonders for their morale.

Yet Team Liquid were not to be denied. Stewie2k and EliGE went into overdrive and the new world number one team took 10 consecutive rounds to seal a famous 16-13 triumph. Since Stewie2k joined the roster, TL have won four LAN events and finished runners-up twice.

We could now be entering an era of Liquid, but Astralis remain an extremely strong team too. They have been the architects of their own downfall this year, but in the likes of dev1ce and Magisk they retain plenty of individual brilliance and they also work well collectively. The Danes are no longer the clear favourites heading into tournaments, and the betting tips at Unikrn will reflect their new and somewhat diminished status, but it is too early to declare Astralis a spent force.

They need to knuckle down, train hard, shake off the rust and battle to return to their best, as they can still mount a serious challenge for big tournaments in the months ahead.

The CS:GO scene is now intriguingly poised ahead of the Starladder Berlin Major in September. Fnatic’s revival at IEM Sydney and subsequent downturn and the rise of FURIA have shaken up the community, while sleeping giants like FaZe and MIBR could now be emboldened and make a concerted bid for success. 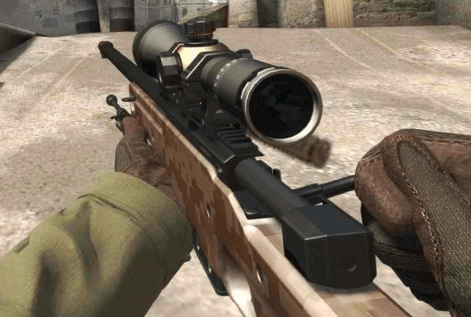 The competitive scene is exhilarating right now and CS:GO looks really well placed to thrive going forwards. Anyone hoping to become rich and famous by playing it will need to train for thousands of hours, remain mentally alert and display a genuine flair for the game.

It can be electrifying to watch a star player ace an entire opposing team in a clutch moment to hand his team victory, but only the best in the business can pull off a move like that. Players like s1mple, stewie2k and dev1ce learned their trade through hard graft.

It takes a huge amount of time to learn the weapons, the spray patterns and the maps. Aspiring players can glean a great deal of insight from watching the pros on YouTube and Twitch, and this helps boost the viewership numbers.

Valve is now supporting the game to a greater extent than ever and that has made the scene a lot more organised and professional. Prize purses are strong, big companies are keen to endorse it and wagering on it drives further interest. Astralis’ suffocating dominance is over and it is now thrillingly unpredictable.

All in all, the future looks bright for CS:GO as it bids to see off the threat of emerging rivals and hold onto its title as the world’s leading FPS esport.