Homepage » Mobiles » What Lies Ahead In 2020 For Android Smartphones?

Smartphones are clearly at the top of the tree when it comes to technology for the masses. The other large technological advancement that will be keeping everyone excited and enthusiastic for many years to come, is all-electric powered automobiles.

But, not everyone has a Tesla or Jaguar electric car. They do, however, have a smartphone. It’s also come to avail that android has beaten out Apple in terms of worldwide sales, becoming the top smartphone brand oss the globe. 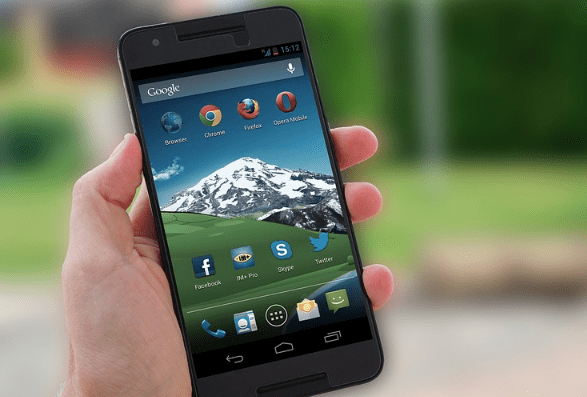 Therefore, the majority of people will be looking forward to what the future of android smartphones will bring. Even before the new year has arrived, we’re already being hinted with what is to come to us, just around the corner.

There are a couple of idea themes we need to grasp as these will be the central goals of 2020. Better cameras, large data usage and accommodation, better user experience and technological advancements in design.

1] Android for a non-stop world

Android 10 was released in May this year but became widely available only in September. One of the key aspects of this update was to allow for greater user experience. That’s why the ‘dark mode’ setting has become a focal point for many Android users.

Now you can manually set your device to appear in dark mode, giving your eyes a rest after a long day. It’s also valuable for those of us that work late into the night. For many years we’ve stuck with the blue light filter but it turns out, this wasn’t enough.

With dark mode, certain apps transform into a black theme, where the button is in a light grey while the background is in a deep-space black. Not all apps can be used in dark mode just yet, but the transformation is occurring across the industry. All kinds of apps in the future will be functional in the dark mode setting.

Motorola just announced a new flip phone paying homage to their classic Razor model. The 2020 Moto Razr has some competition though. Samsung is leading the charge in folding phone concepts so it’s not a surprise that it too has developed a flip phone.

The reason behind this is to make phones more portable. Funny isn’t it? Mobile phones were supposed to be not just portable, but comfortably portable. Yet with the ever-larger screen, our pockets are full and stiff with the latest devices.

Thus, one of the running themes for Android phones will be to become smaller, yet more powerful. Folding phones give us the ability to have large powerful phones but in a smaller package when in their fold mode. Flipping and folding is the future for this industry, and unlike iOS, Android is the platform that will be leading the charge.

As screens become larger, better and battery technology adapts and advances, we’ll see more long-term usage of our phones. Thus, we’ll be able to watch full movies on our phones without running out of battery. We don’t have to lower the screen display setting to have enough battery to get through an entire movie.

As apps like Netflix and Amazon Prime rise in subscriptions, watching movies and TV shows while on the move is going to become normal. The future is 5G, thus we will be able to download many gigabytes in mere seconds. Big data will become the norm!

The only thing holding us back will be our network providers. Currently, the main networks offer big data plans for obscene prices. We all know they’ll have to re-evaluate their plans as companies like SMARTY have massive data packages as per their normal services.

For example, their medium-sized package is 4GB per month for just £10.00. Seeing as you can transfer over unused data to the following month, this cheap package becomes a very enticing prospect.

Yet if you would like more, they offer a staggering 45GB package for £15.00 for the first 12 months. With 5G, better battery life, giving us more on-screen time and apps like Netflix, big data will become the norm.

This has baffled many people for so long and finally, it seems Samsung has caught on to this underlying mood. Despite having better hardware, their software in the camera department was lacking when compared to the Pixel. Thus, with the new S10E and Note10, the balance of power may have shifted.

Now more people believe the S10 and Note10 have better photographs than the Pixel 4. The brighter, more color-balanced photos are seen as more pleasant to the eyes.

However, all is not what it seems. The Google Pixel 4 seems to have better hardware. The focus of the Pixel 4 is slightly superior to that of the S10 and Note10. However, Samsung’s software appears to be superior.

The positions have flipped. The change in direction for the future will be to see who can create a better image after-effects in the software, rather than having outright better cameras.

We have fought this battle for so long. We got the brands to cave in the first time they took away the headphone jack, but this time, it doesn’t look so good. With the market for wireless earphones finally heading into the next phase, we’re seeing cheaper options.

Rather than just AirPods or Beats, we have different Bluetooth enabled wireless earphones. Wireless earphones don’t snag on your clothing or get caught on something as you walk by.

The comfort level is better and it just seems like it’s the future. Thus, more and more brands will stop placing the headphone jack in their phones and use that space for something else such as a large battery.

The future looks bright for Android. This system has some competitors like Google Fuchsia, but it’s clearly the top dog and will probably stay this way for the next decade also.