In the hip-hop music scene, Divine is certainly one of the most popular names, especially in India. He is the man who is doing real rap and helping it reach out to the mainstream audience.

Divine has also made it big in Bollywood and this is why Divine Best songs are gradually getting more and more popular with time. He recently welcomed his new album ‘Punya Paap’. 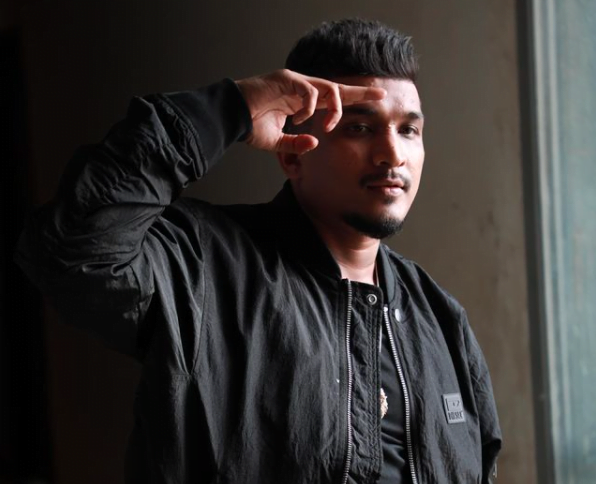 Divine lately got extremely famous after his song ‘Tere Gully Mein’ which he sang under the banner of Sony Music for the movie Gully Boy, a Ranveer Singh starrer.

He later on didn’t choose to be under anyone and hence chose his own label named ‘Gully Gang’. It is said that this film, Gully Boy is based on the life of the mega star, Divine. Here is a list of Divine’s best songs.

Divine is the stage name given to the rapper Vivian Fernandes, an Indian rapper from Mumbai. Azadi was one of his best rap songs that was included in the movie Gully Boy, which was released in the year 2019.

This is a musical drama film that was directed by Zoya Akhtar. The story portrayed the struggle of an aspiring rapper and how he made it big in the industry.

This is a famous soundtrack from the TV series Sacred Games that comprised of 24 tracks including 7 songs and other scores. Among these, one song, Kaam 25 was written and sung by rapper Divine and the music director was Phenom. This album was released in 2018’s 21st June. However it wasn’t used in this TV series.

This number was yet another one from Divine’s collection and this came with hashtag #SockThem. Both Divine and Karan Kanchan gave the music of this score which was made for a promotional ad for PUMA.

The famous rapper of Bollywood, Vivivan Fernandes also released his solo album called Farak that was released on 16th February, 2017 and it topped the Indipop charts on iTunes India. He appeared as a feature on a record called City Slums and this song crossed 2 million views on YouTube.

This was a famous rap from the movie Gully Boy whose lyrics were written by Naezy and Divine. Divine, Naezy and Sez on the Beat were the music composers of this song and the singers were Ranveer Singh and Divine Naaezy. The length of this song is 3:05.

Divine released Junoon, the introduction of his full-length album on the 10th of November, 2018. The name of the album, Kohinoor was announced on the 13th of February, 2019 on Apple Music Beats 1 radio show that was hosted by Ebro Darden. This album was released in April 2019 or sometime later.

Gradually, Divine started gaining success with his raps and he started gaining undivided attention from Sony Music India while performing the Blue Frog Festival 2014. He appeared on a feature called City Slums by Indo-American rapper/songwriter Raja Kumari in 2017, May.

Chal Bombay was yet another rap score performed by Divine and written by Divine, iLL Wayno, Phenom and also produced by the same duo.

One more single solo from the list of Divine’s best songs was called Teesri Manzil and this number earned him a copyright strike from Zee Music Company. Post few hours of the release, it got deleted from the channel.

On the 24th of March, 2016, he gave us his debut solo single Jungli Sher that was released and it instantly ruled the charts due to the raw depiction of the life of the people from the slums in Mumbai. He also featured on Brapp TV.

Age 19 was from the album with the same name ‘Age 19’ and it was written by Divine and Jass Manak. Deep Jandu is the music composer of this number. This was a highly acclaimed score of Divine.

Divine again collaborated with Nucleya in one more hit track that was entitled Scene Kya Hai off the album of Nucleya, Raja Baja. He was also featured on Daru Daru with Deep Jandu and Gangis Khan.

It was on April 5th, 2018 that Divine followed up with One Side that was produced by Byg Byrd. Later on, this score was re-released on the 14th of December, 2018 with some of the best possible changes to the lyrics.

Divine also released Junoon, which was deemed to be the intro of his next full-length album on the 10th of November, 2018. The name of the album was Kohinoor and this was considered one of the best show hosted.

Vibe Hai was performed by Divine, Shah Rule, D’Evil and Aavrutti and it was written by d’Evil, Divine, NDS, Frenzzy, Sammohit, Saifan and Sledge. It was produced by NDS.

‘Roots’ was yet another number that was released in the year 2018 and it was written by Raja Kumari and Divine himself. The producer of this song was K-Major.

Gandhi Money was one more song that was performed by Divine. It was written by Divine and Phenom and produced by Phenom too. This brought him enough applaud.

Divine made his Bollywood debut for the movie called Mukkabaaz with the song Paintra.  This track was a collaboration with Nucleya and it was released on the 1st of December, 2017. He collaborated with popular Indian music director and singer Amit Trivedi for another film called Blackmail.

The artists involved in this track called Jungle Raja were Nucleya and Divine and it was produced by Nucleya. He won the GIMA Awards for the Best EDM Track of the Year for this song.

Divine also collaborated with Nucleya in one more hit track which was entitled Scene Kya Hai off Nucleya’s album, Raja Baja. He was featured on Daru Daru with Deep Jandu and Gangis Khan.

During the Coronavirus pandemic, Divine, like all of us, was locked inside his house but he didn’t let this time go in vain. He made a plan for all his upcoming projects and when the lockdown opened, he came back with a bang!