Did you still not get addicted to Korean dramas, also called K-dramas? If answered yes, you’re actually missing out on different levels.

Korean dramas have gained momentum worldwide and if you see yourself as a connoisseur of pop culture or as a productive and knowledgeable netizen, you should be well aware of the K-drama scene. Apart from being addictive, they’re informative as well. Here are the best Korean dramas to binge watch in 2020. 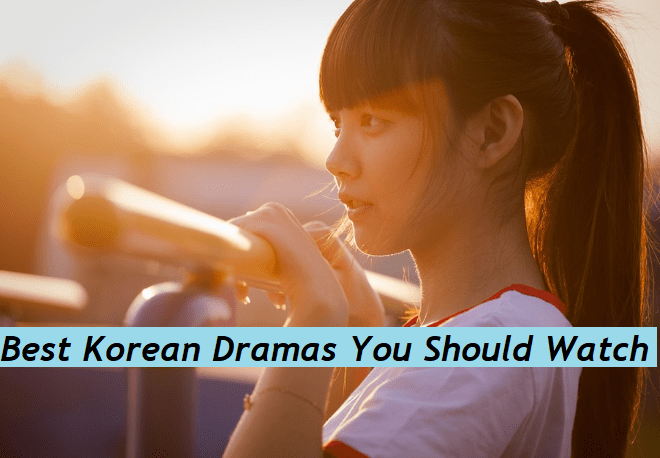 1] Descendants of the Sun

When this was aired on television, it was a mega-hit and accumulated ratings of more than 40%. Descendants of the Sun also collected several awards in the field of KBS drama.

As this drama was produced way before it was aired on television, there couldn’t be any change made to the storyline. Hence it runs for 16 episodes in spite of garnering enough love and appraisal from the audience.

2] Crash Landing on You

This story revolves around how Captain Ri rescues Yoon Se-ri who blew off-course while paragliding and reached North Korea. The drama is a mixture of stark comedy and romance and narrates the lovely story of two lovers separated by place and time. This is the highest rated television drama in cable television.

Cha Dal-Geon suddenly finds out the news of the death of his nephew in a plane crash which also had 215 casualties. Suddenly he meets someone from the doomed flight who informs him that someone had sabotaged the flight. He follows a serious investigation along with Go Hae-ri and the both unravel a web of lies and conspiracies.

4] My Love from the Star

Do you love fantasy melodramas? If yes, this is a must-watch as this drama took the viewers by storm when it was aired. This is a story of an alien who possesses superpowers and who is entrapped on Earth.

All he does is thinks of how he could get back home. However, on meeting a famous actress, he suddenly changes his mind. What follows is good humorous conversations.

This is a satiating drama which speaks about two doomed lovers. If you’re a romantic at heart, you’ll love the romance shown between the two protagonists. The story is extremely fascinating and it can engross you in such a way that you may wish to watch it million times. It is quirky, modern, youthful and funny at the same time.

For comic dialogues, fast-paced script line and intense drama, you should definitely watch this melodrama. This drama called Woman of Dignity revolved around the lifestyle of a wealthy family.

The 2 female leads will keep you engaged throughout the show but there are many other supporting characters that too have their interesting life stories. This is a fun watch.

The protagonist Yoon Hee-Jae is a good-looking attorney who can crush his adversaries at the court. He meets a mysterious lady one fine day and end up falling in love only to realize that she was her opponent attorney.

She deceives Hee Jae and makes a place in his heart to strategically win over and rescue her sluggish business. Ju Ji-hoon plays the role of Yoon Hee-Jae.

Jung Jae-In’s spouse ends up in the prison due to becoming bankrupt. As a result, she moves in along with her two young children with her estranged dad who had once disapproved of her daughter’s relationship. The storyline describes the efforts Jung Jae-In gives in to bridge the gap between herself and her dad.

This is a tale of two people falling in love with each other despite belonging to two different worlds. This K-drama dates back to another decade but that doesn’t make it incapable of making a place in the hearts of its audience.

You’ll love the romantic lines and gestures of Joo Won and the way he wins the heart of Ra Im. You can watch this 10-year old drama a hundred times.

The antihero, Seo Jung Hoo works relentlessly hard to earn money so that he can seclude himself from the world in his later years. He works as per his plan until he falls in love with Chae Young Shin. This is one of those K-dramas that you’ll never get bored of. It has a total of 20 episodes.

If you’re looking for some serious story, this is the one for you. You’ll be awed to know how much can be stored in just 20 episodes. This K-drama is written in a rather intelligent manner and hence the storyline is extremely gripping. Living in an era of headlines that misguide you and fake news, this seems to evoke a lot of relevant actions.

Each of the stories that you’ll watch in Prison Playbook will touch you in different ways. It portrays friendships in a heartwarming manner. Despite a vague beginning, you’ll still enjoy this drama as each episode will unfold a new struggle of the lead character. You’ll gradually keep learning more on the characters of the drama.

This drama is not only unforgettable but also heart-wrenching. Once you finish watching this show, this is what you’ll feel. It is a comedy drama where the protagonist suffers from split personality disorder and memory lapses. The continuous twists are what set the story apart from others. If you’re tired of predictable storylines, watch this!

Are you looking forward to action drama that is packed with martial arts and a well-planned revenge plot? If yes, give this a shot! Once you watch this drama, you’ll simply love how the director struck the right balance between romance and revenge.

If you happen to love romantic comedy series, this is it! There are several scenes where you can’t handle the tension and hence it is better to not watch it too often.

This drama is worth checking out if you like tricky math games. This show will make you curious about the questions and answers in the show. It is based on Japanese manga and it had the same name.

The story deals with the life of the contestants who participate in a reality show named Liar Game. With 12 episodes, this is a pretty easy series that you can watch.

What’s your favorite K-drama of all times? If you already have your favorite, let us know in the comments section and if you still don’t, try watching the ones mentioned in the list.